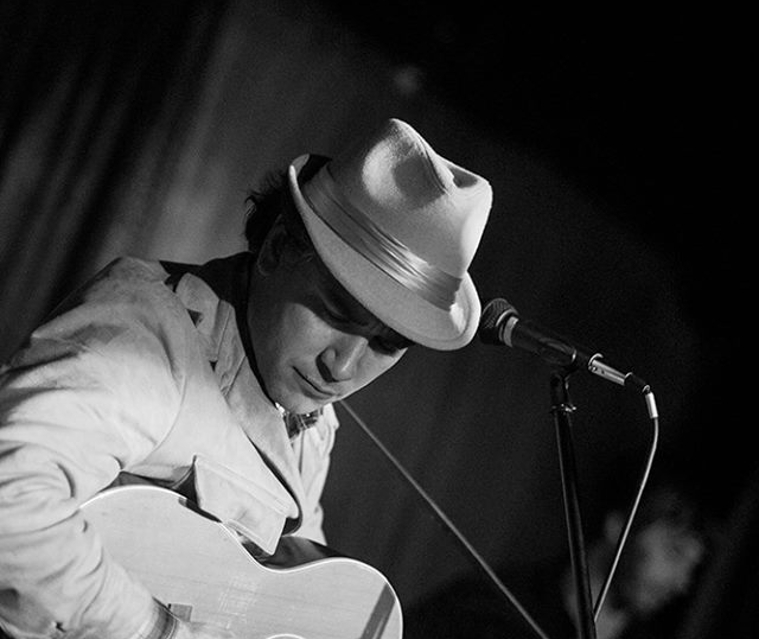 Ted Hefko and The Thousandaires stir up an intoxicating brew of the profound and the profane, of virtue and vice and most importantly the volatile in-between. Ted’s songs explore hope and hustlers, saints and strays, drifters and the down-and-out. The Thousandaires — with Hefko on vocals, guitar and tenor sax — bring these stories to life with the spontaneity of jazz, the rough-hewn, bare-bones tone of backwoods folk songs and the raucous vibrancy of classic Louisiana Rhythm and Blues. Their latest album, Gas Station Guru, has gotten great press and radio airplay all over the world.

Born in Madison, WI, Ted began writing lyrics in the second grade and picked up the guitar and sax a couple years later. At eighteen, fresh out of high school, he caught a Greyhound bus to the Big Easy to follow his dreams.  After studying, honing his chops and gigging around town for a few years, Ted toured nationally with jazz-jam band, Idletime, and around town with folks like Warren Battiste, Blake Amos and Los Sagitarios.

He followed a ballet dancer to New York City in 2003, and tried his hand at big city life.  After a couple of years of working as an extra in movies and playing pick up gigs of every sort, he started leading his own jazz groups, writing originals and pulling in early influences like the blues, country, and folk songs that he loved as a kid.

Hefko released his first all-original album in 2009, Egyptland, a collection of scenes and stories set in New Orleans. This was followed by the jazzier and more playful, If I Walked On Water.  A few years later, he and his live band stopped in the Crescent City to record Distillations of The Blues. That stop rekindled his love for New Orleans.

It’s been five since he returned to New Orleans, where his odd mix of talents and love of roots music really fit.  For more than two decades, Ted has plied his trade as a saxophonist, clarinetist, vocalist, and strummer of guitars, but first and foremost he is a songwriter, rooted in the blues. A new album is in the works for 2020