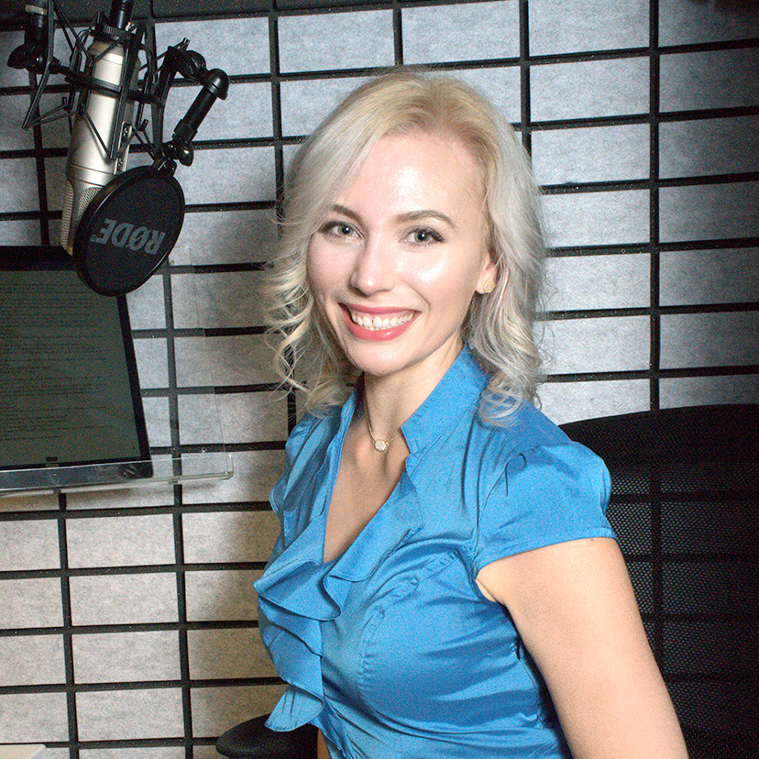 Isabella “Izzy” Tugman is a professional Voice-Over Artist, Actor, Singer, and Film Producer based out of Phoenix, AZ. She has also lived and worked in the Los Angeles, New York City, Austin, and Kansas City markets.

A lifetime devotee to a career in the performing arts, Isabella has performed in many productions throughout her life and has a Bachelor’s Degree in Music for Vocal Performance. Isabella studied Opera at the University of Missouri-Kansas City prior to moving to Los Angeles to attend a vigorous performing arts program at the American Musical and Dramatic Academy, where she trained in Voice-Over, Accent Work, Singing, Dance, Acting for Stage and Camera, and more.

After graduation, she found herself thrown into the world behind the camera. Izzy studied film production and story development and began developing and producing feature films. Whilst connecting with fellow storytellers, an author requested that Izzy narrate his audiobook, and so she found herself launched into her next pursuit: voice-over, where she has been immersed ever since. Izzy loves voice-over, as it harmoniously blends her talents for voice, acting, story-telling, and language. When she’s not in her recording booth, Izzy enjoys reading, playing video games, eating spicy food, traveling, practicing yoga, and spending time with her fur babies.