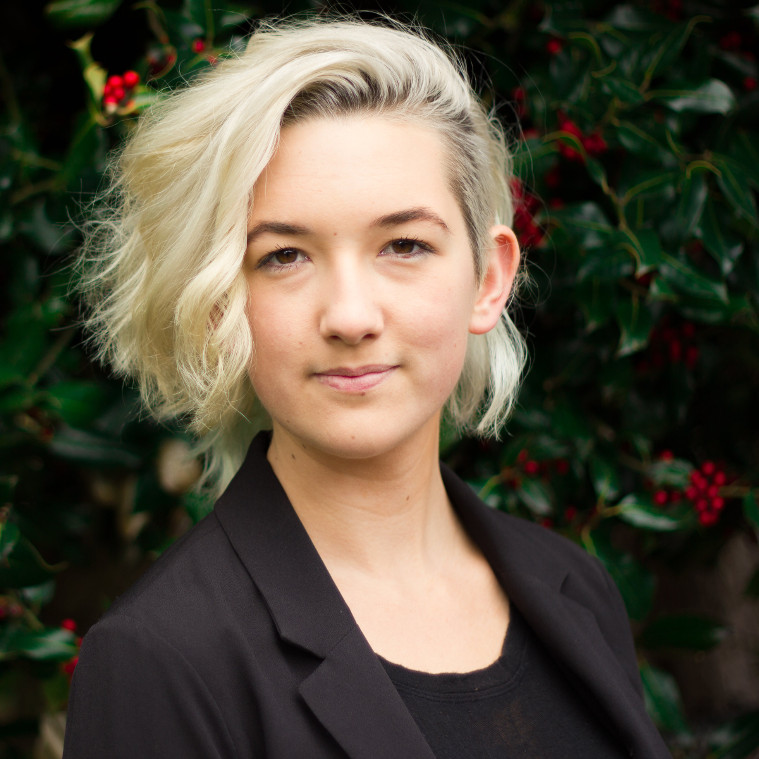 Hayden Daviau grew up in the world of performance arts and began her journey of acting in musical theatre, children’s theatre, and show choir. Due to her love of cartoons and animation, Hayden found her way into the recording booth and instantly fell in love with voice over.

Though she hails from the land of Maple Trees and Moose – Canada (eh!) – Hayden decided to follow where her passion lead and move to Dallas, Texas to further her career in voice-over, where she has found much success!

She is best known for her roles as ‘Priestess’ in Goblin Slayer, ‘Koenji’ in The Helpful Fox Senko-San, ‘Moose’ in Kemono Friends, ‘Young Vanessa’ in Black Clover, ‘Mariko Komiya’ in Boogiepop & Others, ‘Sachie’ in MIX: Meisei Story, ‘Batard’ in Ulysses Jeanne d’Arc and the Alchemist Knight, ‘Capri’ in Conception, and ‘Kyanna’ in HuniePop, and many others like Fruits Basket, Fire Force, ENDRO!, and Kakuriyo -Bed & Breakfast for Spirits!