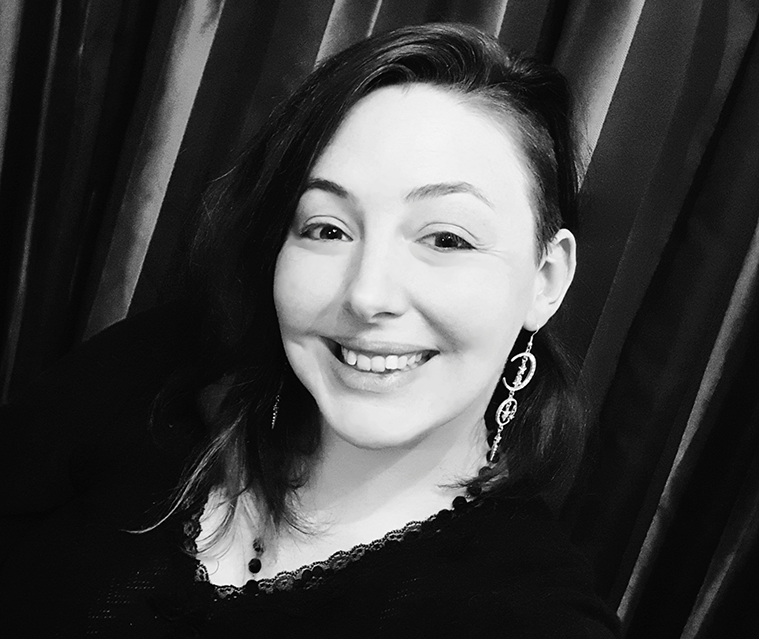 Emerald L King first started cosplaying in 2007 when she was approached to give a talk on magical girls at her local anime convention. Since then she has created over 40 costumes based on anime and manga by artists such as Matsumoto Leiji, CLAMP, and Yamato Waki, and computer games by Koei and Square Enix. Emerald’s work often incorporates antique kimono silks and focuses on creating garments rather than throw away costumes.

Based at La Trobe University in Melbourne where she teaches the Japanese language and popular culture, Emerald has cosplayed, judged, and MC’d at events in Japan, New Zealand, and Australia. She is an award-winning cosplayer most notably winning the Madman National Cosplay Championship in 2016 (as well as placing in 2012 3rd and 2018 2nd) and coming first runner up at the Australian heats of the World Cosplay Summit in 2019 (3rd in 2018). Since 2017 she has volunteered at the World Cosplay Finals held in Nagoya in August each year as a translator and Japanese/English interpreter.

After being “outed” as a cosplayer at an academic conference to Kotani Mari, Japan’s first cosplayer, Emerald has conducted research into cosplay. Her publications include Sakura ga meijiru: Unlocking the shōjo wardrobe – cosplay; manga; 2.5D space” in Shōjo Across Media: Multidisciplinary Approaches (2019) and “Tailored Translations – Translating and Transporting Cosplay Costumes across Texts, Cultures, and Dimensions” in Signata: Annales des sémiotiques/Annals of Semiotics 7, (2016) https://journals.openedition.org/signata/1243