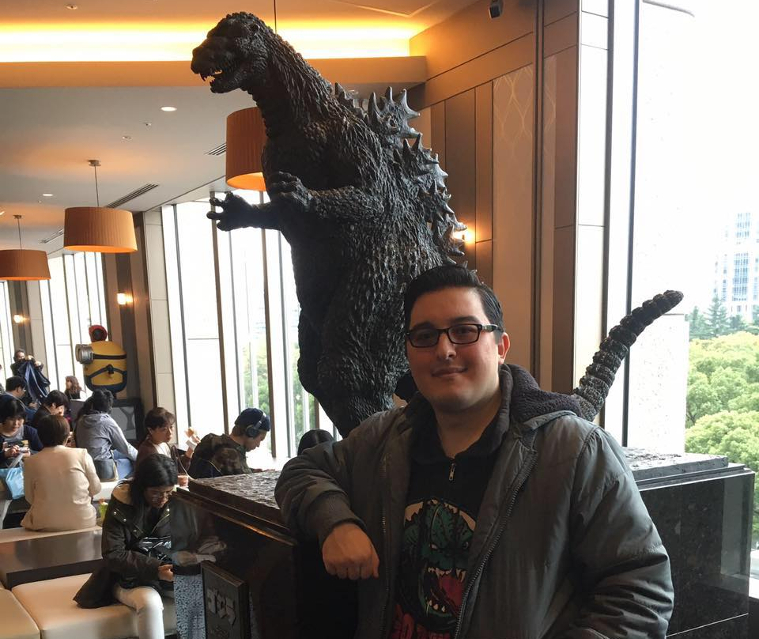 Andres Perez is the creator and writer of the giant robot indie comic “Primal Warrior Draco Azul.” He is also a freelance editor who has worked on projects such as the giant monster comic “Nagoraiar: Against the Terror of the Moon” as well as the mythology-themed novel series “Gods’ Wrath: Tournament of the Divine.” He recently entered the realm of prose writing with the novel-length anthology “Primal Warrior Draco Azul: Full Metal Chronicles.”

Outside of literature and comics, Andres is an aspiring film critic who makes reviews and podcasts covering movies, television, comics, and games on his YouTube channel, “KaijuNoir.” In 2018, both Andres and thriller novelist Matthew Dennion started the ongoing Kaiju vs Cancer charity where they raise money for St. Jude Children’s Hospital through the selling of Custom Ink t-shirts and their multi-author anthology “Courage on Infinite Earths.” Both feature art and characters from over twenty collaborators from across the giant monster community.